Embed from Getty Images
Below you will find our predictions for the West region of the 2017 NCAA Tournament:

Playing their best basketball entering the tournament, either Duke or Arizona could move on the National Championship Game to face the winner of Carolina and Kansas. Playing only a couple of hours from Tucson, the Wildcats will have something of a home-court advantage.

Without leading scorer Allonzo Trier for more than half of the season, the Wildcats are 13-2 in the 15 games since he has returned. In his past seven games, Trier has scored a minimum of 19 points in each game and averaged 22.1 per game during that stretch. In addition to Trier, Arizona has one of the most unique talents in the college game with Finnish freshman Lauri Markkanen. Drawing comparisons to Dirk Nowitzki, his father Pekka played collegiately for Kansas, Markkanen will be a lottery pick assuming he declares for the NBA Draft this summer.

On the other side, Duke has an even better 1-2 combination with Jayson Tatum, who is a prototypical NBA small forward prospect and high lottery pick. In his past three games in wins over ranked tournament teams, Tatum scored 68 points on 24-of-41 shooting (58.5 percent) while grabbing 21 rebounds with six steals. In addition, Luke Kennard has scored 20-plus in four of his past five games including twice vs. UNC and once against Louisville. So consistent, Kennard has failed to score double-digit points only once this season -- Jan. 7th vs. Boston College (nine points).

This game will be a closely-fought battle, but I expect Duke to advance for an opportunity to win their second championship in the past three seasons.

Not only does Kansas have Josh Jackson, a sure-fire high lottery pick, but senior point guard Frank Mason III is as good as it gets. One of just five players in the country to average a 20/4/4 line, Mason is the only one to play for a team that made the tournament. We've seen how important excellent guard play is and Mason has the ability to put the Jayhawks on his back.

While there have been lapses at times with some bad losses, perhaps no team is as good as the Tar Heels when they play their best basketball. Leading the nation in rebounding margin, the Tar Heels are dominant on the glass and Justin Jackson has emerged to earn ACC Player of the Year honors.

Both of these games could go either way, but I can see these Final Four matchups leading to a UNC-Duke IV matchup.

Unless you're a UNC fan, Villanova's Kris Jenkins' buzzer-beater in last year's title game was one of the greatest moments in college basketball history. Nothing will erase that collective heart-break for UNC's fan base, but getting another shot at a title will certainly help.

Arguably (and in my opinion), the greatest rivalry in all of sports -- not just college basketball, Duke and North Carolina have never met in the NCAA Tournament. That's a remarkable statistic given that the two schools have combined for 87 tournament appearances, 304 tournament games, 35 Final Fours and 10 national championships.

As is typical, these two teams have faced each other three times already this year with Duke getting the better of UNC in two of those matchups. That said, foul trouble for Joel Berry II limited him to just 24 minutes. A week earlier, Berry scored a team-high 28 points as UNC beat Duke, 90-83.

Provided Berry stays out of foul trouble, the Tar Heels close this one out and win their sixth national championship. 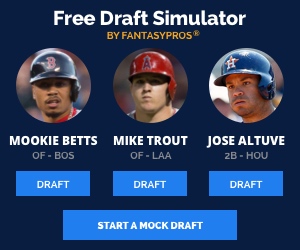