The following are picks in recent mock drafts for the Packers:

With 22 career starts at left tackle already under his belt, Walker has the length and athleticism to excel at left tackle at the next level. With David Bakhtiari manning Aaron Rodgers' (?!) blind side, however, Walker could start initially at right tackle and then eventually replace the 30-year-old (in September) Bakhtiari down the line when it's time to pass the torch.

Of course, the storylines around Green Bay Packers quarterback Aaron Rodgers are dominating headlines right now, but as we start thinking about the next draft cycle, wide receiver is a position the organization could look to address in 2022. Right now three of Green Bay's top receivers are set to be free agents: Davante Adams, Equanimeous St. Brown and Marquez Valdes-Scantling, which could proper receiver to the top of Green Bay's needs.

George Pickens will be a fascinating point of discussion this draft cycle. Over two seasons for the Georgia Bulldogs the WR has caught 85 passes for 1,240 yards and 14 touchdowns, and he was expected to put up huge numbers in 2021. Those expectations took a big hit when he tore the ACL in his right knee during spring practice, and while there are hopes he could still return to the field in 2021, such a goal is a long ways off. Whether he returns to the field or not, he would still be a potential first-round pick if he enters the 2022 draft.

Blaylock is a big projection at this point, as he put up only 310 yards as a freshman before tearing his ACL as a sophomore. He's an agile slot receiver at 6-foot-1, 195 pounds, with terrific ball skills.

Here is where the Green Bay Packers rank in terms of average, best and worst:

Below you will find a Week 2 roundup for the Packers in our consensus 2021 NFL Power Rankings.

For all of the problems the Packers had on offense -- managing only a field goal Sunday against the Saints -- their two rookie starting offensive linemen were among the least of their concerns. Rodgers was sacked once with seven hits. "I thought Josh did a nice job with the variance of cadence that we did, and I thought he played well," Rodgers said. "Wait and see what the film says, but I thought him and Royce did a nice job. The protection overall was really good." -- Rob Demovsky

The Packers were throttled in stunning fashion on Sunday, destroyed on both sides of the ball in a 38-3 loss to the Saints that counted as the most lopsided defeat of Aaron Rodgers' career. The reigning MVP struggled to get anything going at the Saints' temporary home in Jacksonville, throwing for just 133 yards with two interceptions before being lifted for Jordan Love early in the fourth quarter. Meanwhile, the Packers' defense made Jameis Winston look like, well, Aaron Rodgers, surrendering five touchdown passes on just 20 attempts. It was the textbook definition of a Bury The Ball Game. "Absolutely embarrassed," head coach Matt LaFleur said. "It's humbling, to say the least."

Below you will find the weekly NFL regular-season schedule for the Packers in 2021.

The table below are all of the 2021 NFL Draft picks selected by the Green Bay Packers. 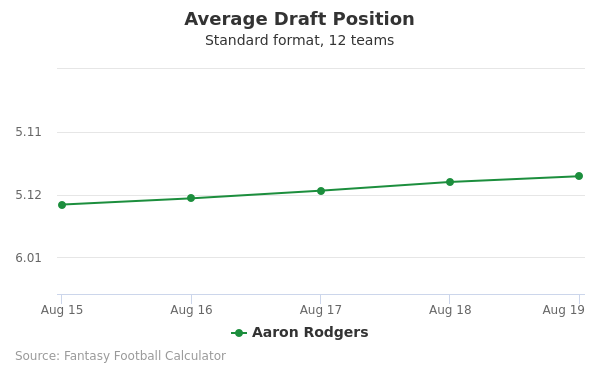