The following are picks in recent mock drafts for the Chargers:

It was something of a surprise when Ohio State wide receiver Chris Olave decided to return to Columbus for his final college season, but perhaps in a crowded 2021 wide receiver field Olave wanted the chance to stand out in the subsequent draft class. Or perhaps he felt that the Buckeyes needed to finish the job with a national title. Either way, Olave could rise up boards if he improves on last year's numbers, where he caught 50 passes for 729 yards and seven touchdowns in just seven games. Pairing him with the young arm in Justin Herbert could give the Los Angeles Chargers a heck of a QB/WR duo for the next few seasons.

Karlaftis is a power end who was banged up in 2020 but showed what he was capable of with 55 pressures as a true freshman in 2019. He's an ox for opposing offensive tackles to handle and has also demonstrated the ability to kick inside at 6-foot-4, 270 pounds.

Here is where the Los Angeles Chargers rank in terms of average, best and worst:

Below you will find a Week 5 roundup for the Chargers in our consensus 2021 NFL Power Rankings.

Why it's a surprise: Nobody knew exactly what they were getting when Samuel was drafted with the 47th pick. He's not his dad, but he has surprised just about everyone with interceptions in consecutive games (the first off of Dak Prescott in Week 2, the second off of Patrick Mahomes in the red zone in Week 3). Samuel has four passes defensed and was named Defensive Rookie of the Month but says "I've still got to grind." He's already made a name for himself in the Class of 2021. -- Shelley Smith

After the Chargers finished off the Raiders to move into a three-way tie atop the AFC West, they received a high compliment from an unlikely source. "They're going to go places this year," Raiders coach Jon Gruden told the assembled media at SoFi Stadium after the Bolts' 28-14 win. "They're going to be a force to be dealt with." Justin Herbert delivered another star turn with three touchdown passes, but the QB didn't do it alone. Los Angeles got huge performances from running back Austin Ekeler (145 total yards, 2 TDs) and the entire defense, which held the Raiders to season lows in production across the board. Fill up that stadium, Chargers fans!

Below you will find the weekly NFL regular-season schedule for the Chargers in 2021.

The table below are all of the 2021 NFL Draft picks selected by the Los Angeles Chargers. 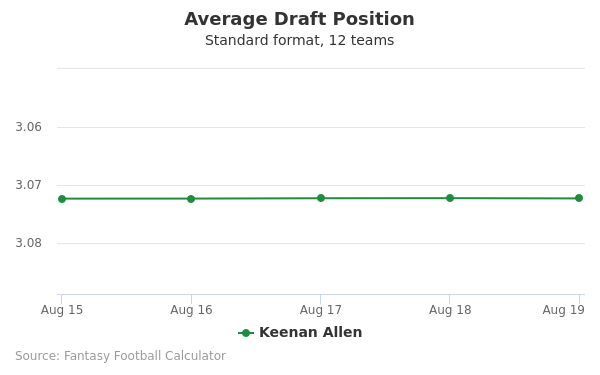