The following are picks in recent mock drafts for the Bucs:

With DeVonta Smith and Jaylen Waddle off the NFL, Metchie III will become Alabama's top wideout for the 2021 season. If the draft materializes this way, Metchie would be the fifth 'Bama first-round receiver over a three-draft period (2020-2022). Metchie was just shy of 1,000 yards as a sophomore with 55 receptions for 916 yards and six touchdowns.

Full credit to Tampa Bay Buccaneers general manager Jason Licht, who found a way to get the band back together this off-season. That allowed the organization to add value and look to the future early in the draft, and they did just that, adding EDGE Joe Tryon in the first round and quarterback Kyle Trask in the second.

Now they can look to add on the interior alongside Vita Vea, and Tyler Davis could be an ideal option. Davis has been a mainstay on the inside for the Clemson Tigers since stepping on campus, and he became the first true freshman to start at defensive tackle since Jeff Mills in 1974. He led all true freshman interior defensive lineman in sacks in 2019 with 5.5. Last season he added a pair of sacks while dealing with an MCL sprain, but he is healthy and ready to put together a monster season.

Linderbaum is the top center on PFF's draft board and one heck of an athlete for the position. He's put on a good deal of weight since he first became a starter in 2019 and earned an outstanding 91.5 overall grade last year.

Below you will find the weekly NFL regular-season schedule for the Bucs in 2021.

Here is where the Tampa Bay Buccaneers rank in terms of average, best and worst:

Below you will find a Week 6 roundup for the Bucs in our consensus 2021 NFL Power Rankings.

How they've improved: This sounds ridiculous, right? What does a seven-time Super Bowl champion QB possibly need to improve on? But if you go back to this time last year, Brady was still learning the playbook and still trying to establish a rapport with his receivers, while offensive coordinator Byron Leftwich was still trying to learn him. Brady's touchdown to interception ratio has gone from 3.0 at this point last year to 7.5. Yards after the catch has also gone up from 542 yards to 850 yards, as has yards per attempt (7.93 yards per attempt versus 7.02, so he's not trying easier throws), suggesting better chemistry overall. -- Jenna Laine

The weirdest stat of Week 5: Sunday's 45-17 win over the Dolphins marked the first time Tom Brady threw for more than 400 yards and five touchdowns in a game. This feels impossible, given Brady's unmatched résumé over 22 seasons, but it's true. Not bad production, considering Brady didn't even play the final nine minutes of regulation as Blaine Gabbert closed out an overmatched Miami team. At halftime, newly acquired veteran cornerback Richard Sherman approached teammate Leonard Fournette and shared the eye-opening opinion that he'd never been part of a team with so much talent. The running back's response? "This s***'s different."

The table below are all of the 2021 NFL Draft picks selected by the Tampa Bay Buccaneers. 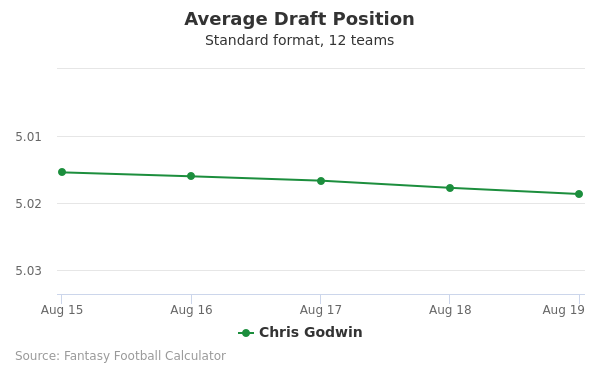