The table below lists Mattison's rushing and receiving stats by year and for his career.

The table below include awards and honors that Alexander Mattison has received.

The image below shows the change in Fantasy Football Average Draft Position (ADP) of Alexander Mattison over the past 30 days. 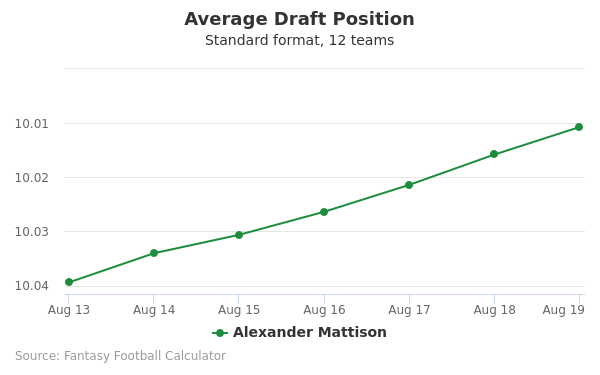