The following are picks in recent mock drafts for the Saints:

Williams is a really fluid wide receiver that can bridge the gap from Michael Thomas to the future. New Orleans has to find a long-term option at quarterback next.

Ridder is another four year starter who has shown consistency and improvement during his college tenure. Currently, Ridder has his Cincinnati Bearcats vying for a shot at the National Title showcasing an undefeated season (11-0). Ridder is an ascending talent with dual-threat ability who seems to elevate his play against top competition. If Ridder falls to the Saints, creative head coach, Sean Payton might want to take a chance on a winning quarterback who avoids mistakes in crucial moments of games.

Here is where the New Orleans Saints rank in terms of average, best and worst:

Below you will find a Week 18 roundup for the Saints in our consensus 2021 NFL Power Rankings.

New Year's resolution: Surround the next QB with more talent

Choosing the right quarterback in 2022 is obviously the top priority for a Saints team that has used five different QBs over the past calendar year. Jameis Winston probably remains the front-runner, but the Saints will consider all options -- blockbuster and otherwise -- because Winston is an unsigned free agent recovering from a torn ACL. Regardless of whom they choose, the Saints must surround their next QB with better pass-catchers and a more complete offensive line. Injuries were a major factor in 2021. WR Michael Thomas missed the entire season, while linemen Terron Armstead, Ryan Ramczyk and Andrus Peat missed ample time. Now the Saints will face some tough financial decisions about how many of those guys they can bring back in 2022, in addition to adding more reinforcements. -- Mike Triplett

The Saints are somehow still alive in the NFC playoff picture -- a testament to great coaching and the fight of a decimated team that has battled through adversity. The defense again played the starring role against the Panthers, piling up seven sacks of Sam Darnold in an 18-10 win at the Superdome. The pass rush was led by Cam Jordan, who's on a heater right now: The veteran had 3.5 sacks Sunday and has posted at least two sacks in three straight games. A win over the hated Falcons, coupled with a Niners loss to the Rams, puts New Orleans in the dance.

Below you will find the weekly NFL regular-season schedule for the Saints in 2021.

The table below are all of the 2021 NFL Draft picks selected by the New Orleans Saints. 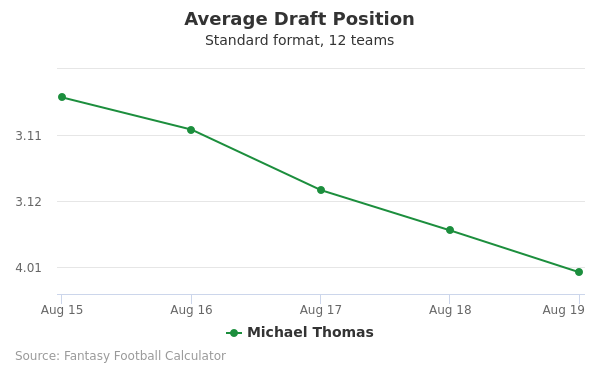