Throughout the year and leading up to the 2023 NFL draft, we will update our Chicago Bears Mock Draft Roundup showing picks for the Chicago Bears from several prominent sites and draft analysts.

The following are picks in recent mock drafts for the Bears:

As evaluators fired up the tape to check out Jordan Davis, Travon Walker and Devonte Wyatt on the Georgia defensive line, how many times do you think this phrase was uttered: "Wait, who is this No. 88?" That would be Carter, who is entering his true junior season and was arguably the best player on the national champion's defensive front last year.

Justin Fields finally gets his WR1, and it's a familiar face. Smith-Njigba has the explosiveness and big-play ability to be an instant star at the next level, especially if he's catching passes from his old quarterback.

The Biletnikoff Award winner had 38 catches of 15-plus yards and caught 12 of his 17 touchdowns in the slot from Kenny Pickett. But he might transfer to USC.

Throughout the 2022 NFL season, we will compile a consensus NFL Power Rankings that averages the rankings of all 32 NFL teams.

Here is where the Chicago Bears rank in terms of average, best and worst:

Below you will find a post-NFL Draft roundup for the Bears in our consensus 2022 NFL Power Rankings.

Player who benefited most from draft: S Eddie Jackson

The Bears came away from the second round with two starting-caliber defensive backs and hope to revive their secondary off the play of rookies, including Jaquan Brisker. Jackson hasn't recorded an interception since the 2019 season and might stand to benefit from playing farther away from the box, with Brisker starting opposite him at strong safety. Brisker is a physical, versatile defender who played 400 snaps at safety, 100 snaps at inside linebacker and 100 snaps at slot corner in 2021 at Penn State. With this season being dubbed a "clean slate" for Jackson, aligning him with a DB whose skill set complements his could lead him to rediscover the level of play that made him one of the league's best safeties three years ago. -- Courtney Cronin

How confident should we be about Justin Fields and the opportunity he is getting in Chicago? The Bears saddled the quarterback with a lame-duck head coach as a rookie, then took away his No. 1 wide receiver by allowing Allen Robinson to leave for the Rams this offseason. Absent a first-round pick (that went to the Giants in the Fields draft trade last year), Chicago opted to wait until the third round in Vegas to address the offense. Perhaps Tennessee wideout Velus Jones Jr. carves out a role as a rookie, but it's more likely Fields will be staring down a lot of blanketed receivers when he drops back to pass this fall. Give the kid a chance!

Below you will find the weekly NFL regular-season schedule for the Bears in 2022.

The table below are all of the 2022 NFL Draft picks selected by the Chicago Bears. 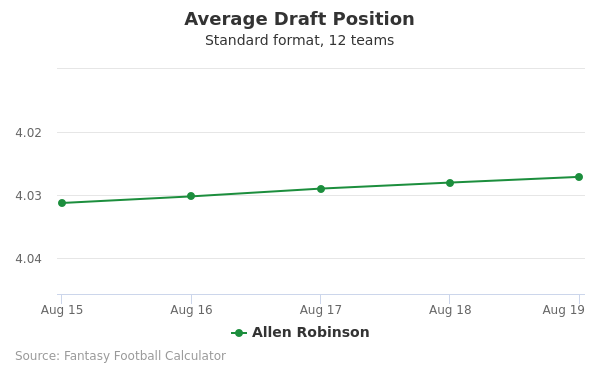