Here is where the San Francisco 49ers rank in terms of average, best and worst:

Below you will find a Week 2 roundup for the 49ers in our consensus 2021 NFL Power Rankings.

It's early, but Lenoir looks the part of the Niners' next fifth-round diamond in the rough. With Emmanuel Moseley out because of a knee injury, Lenoir started at outside corner opposite Jason Verrett. According to NFL Next Gen Stats, Lenoir played 55 coverage snaps and was targeted four times, allowing one completion for three yards. Lenoir did have a pass interference penalty, but it was a solid debut for a player who is likely to step into an integral role on a more permanent basis following Verrett's right knee injury. -- Nick Wagoner

San Francisco had a 41-17 advantage over Detroit when cornerback Jason Verrett limped to the sideline with what was later diagnosed as a season-ending ACL injury. It's not a coincidence that the Lions began to eat into that lead as soon as the top cover man exited the picture. The 49ers survived Detroit's furious comeback attempt, and now they'll have to find a way to survive without an indispensable figure in their secondary. We know this team is capable of scoring points, but a healthy and effective defense will be necessary to fulfill those Super Bowl expectations. With Aaron Rodgers, Russell Wilson and Kyler Murray looming on the schedule, San Francisco must adapt in a hurry.

Below you will find the weekly NFL regular-season schedule for the 49ers in 2021.

The table below are all of the 2021 NFL Draft picks selected by the San Francisco 49ers. 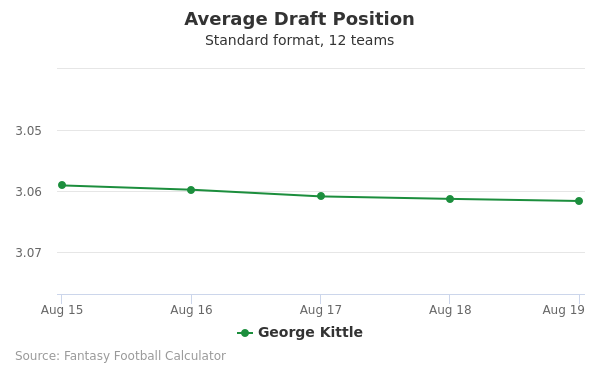